Working with Dyer and Butler (D&B) and delivering for NR & Southern Railway, the works had to be surveyed, designed, installed and operational in less than 4 months. An enormous challenge considering there hadn’t even been one survey carried out at the end of January 2020 when the works were awarded.
MPL undertook the design and installation for D&B and with a collaborative approach from all parties the survey, design and fabrication requirements were all met and the platform fully completed by the first week in May 2020.
The actual installation of the 45m was completed within 24 hours including the entire platform extension, fencing, sealant and yellow lining.

Although Cooksbridge was one of the more straight forward projects, one challenge that had to be overcome was the presence of a HV route protruding from the existing platform, along the footprint of the extension and into a UTX chamber. To overcome this MPL simply tweaked our design so that the first 3nr EPS blocks were divided into two halves (6 blocks) creating a void between them for the HV route to pass through the platform into the UTX. The slabs would then span this void with an access chamber on the edge of the slab, with cast in tactiles, to allow for maintenance access to the UTX.

Surveyed, designed, supplied and installed in less than 4 months and testament to a tremendous Team effort. 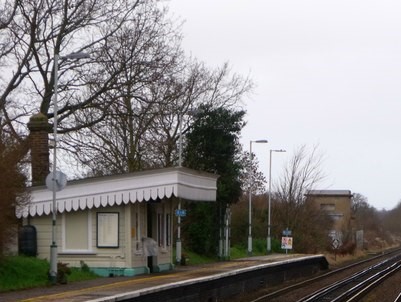