After extending our 5 year main sponsorship of Arbroath FC at the start of the 2019/20 season for another 2 years, MegaTech Projects Ltd are incredibly proud to further increase our sponsorship of the club by becoming Arbroath’s first-ever official sleeve sponsor.

Since initially becoming the club’s main sponsor in 2014/15 MPL have seen Arbroath win both league 2 and league 1 titles before achieving an exceptional 5th place finish in last season’s Scottish Championship.

We are delighted to have been involved in one of the most successful periods in the clubs recent history and to also be able to extend our support of the club during these unprecedented times. With the 20/21 Scottish Championship kicking off this month we wish the club luck in what will no doubt be another exciting and challenging campaign. C’mon the Lichties! 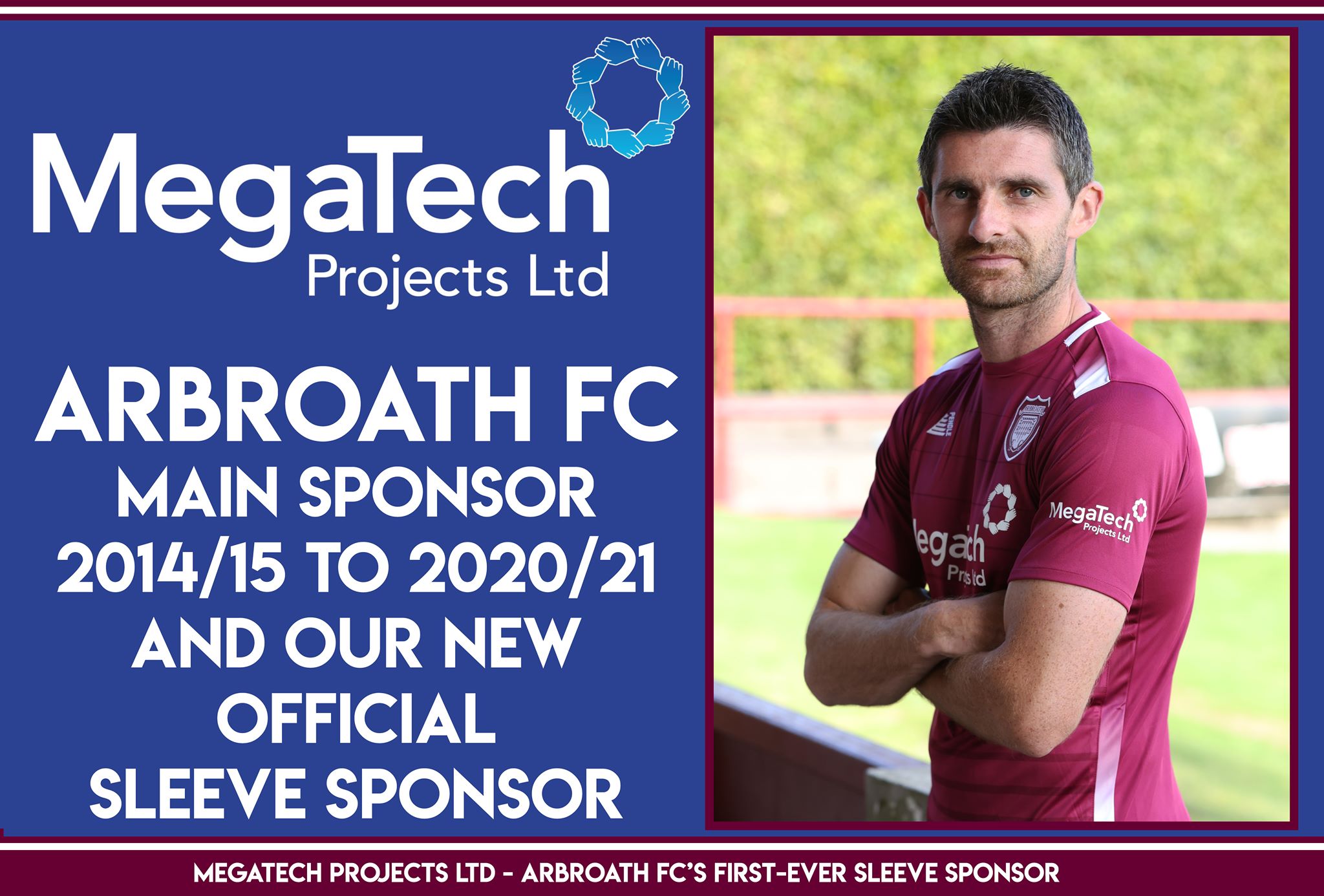