Alun Griffiths (Contractors) Ltd were awarded the contract to widen the existing platform at Abergele & Pensam, all as part of the North Wales Phase 1 Re-signalling Scheme.

With the existing platform surfaced with an asphalt finish and the alignment being completed in a two-stage operation the standard NR approval was tweaked in order that MPL could design and install EPS blocks and slabs that would incorporate separate copers and a finished asphalt surface.

The 150m long widening was completed in one 24hr shift in early February 2017 with a subsequent shift to complete the installation of the copers.

Network Rail had a continual presence on site to make decisions on new service routes as they arose and the works were completed on time thanks to excellent Client / Main Contractor / Subcontractor / Designers co-ordination. 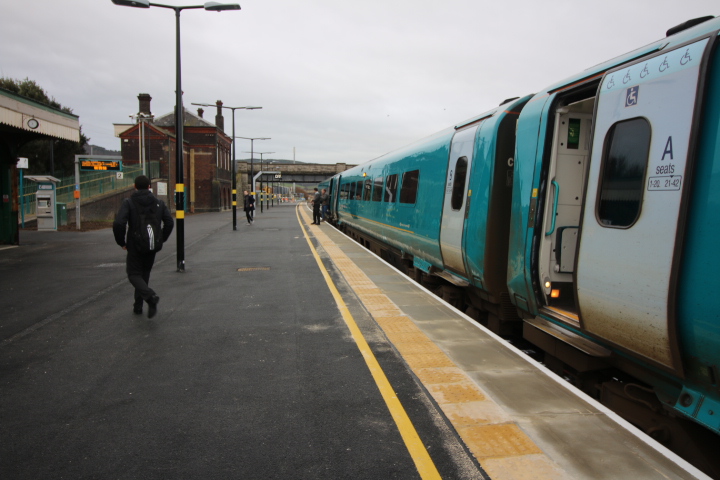