Delivering for Great Western Railway (GWR) with Dyer and Butler as the main contractor the extensions were designed by Network Rail’s Aecom Design team. During a 7 day blockade, which saw MPL install 6 platform extensions (totalling 530 linear metres) in 6 days MPL undertook the works at Evesham station to install the two platform extensions which totalled approximately 100 metres. Evesham proved to be a great opportunity to demonstrate the benefits of the EPS system.

After the excavation had been completed at Evesham an undocumented land drain was discovered near the formation where the platform was to be installed, this had resulted in a small bog developing. To tackle this MPL slightly over-dug from the standard 300mm dig depth to remove all of the ‘slop’, following this we created a small soakaway before compacting a layer of type one over the top and then beginning installation as normal. Despite this challenge Evesham was installed to programme.

For Evesham and all other installations on the North Cotswolds project the precast slabs also had re-enforced sections cast in to the rear which allowed the fence panels and guttering to be easily fixed on, further reducing in-situ works. 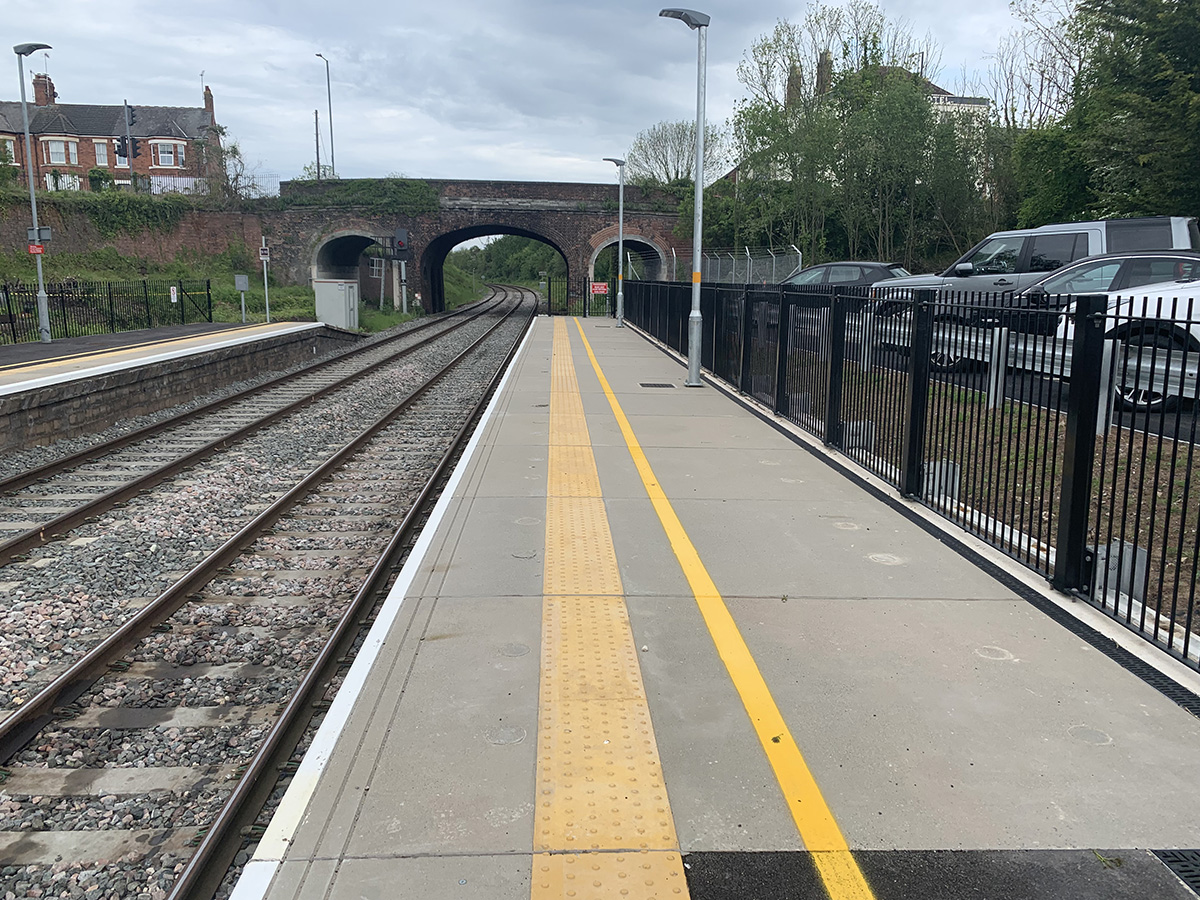