In September 2018 MPL undertook works to install one Expanded Polystyrene System platform extension at Kingham Station on the Cotswold Line.

During one weekend of ROTR possessions in September 2018 MegaTech Projects (MPL) began and completed installation of the 30 metre platform extension at Kingham Station in the North Cotswolds. The first of 11 EPS platform extensions to be installed by MPL as part of a larger project for Great Western Railway with Dyer and Butler as the main contractor.

Kingham was a fairly straight forward extension, the main design obstacle was 2 existing catch pits which would be situated within the extension. To tackle these catchpits MPL developed ‘special’ EPS blocks which would fit around the catchpits, and cast manholes into the Pre-cast slabs which would lie above them.

By doing this the UTX’s could remain accessible should any future maintenance be required. For Kingham and all other installations on the North Cotswolds project the precast slabs also had re-enforced sections cast in to the rear which allowed the fencing to be easily fixed on, further reducing in-situ works. 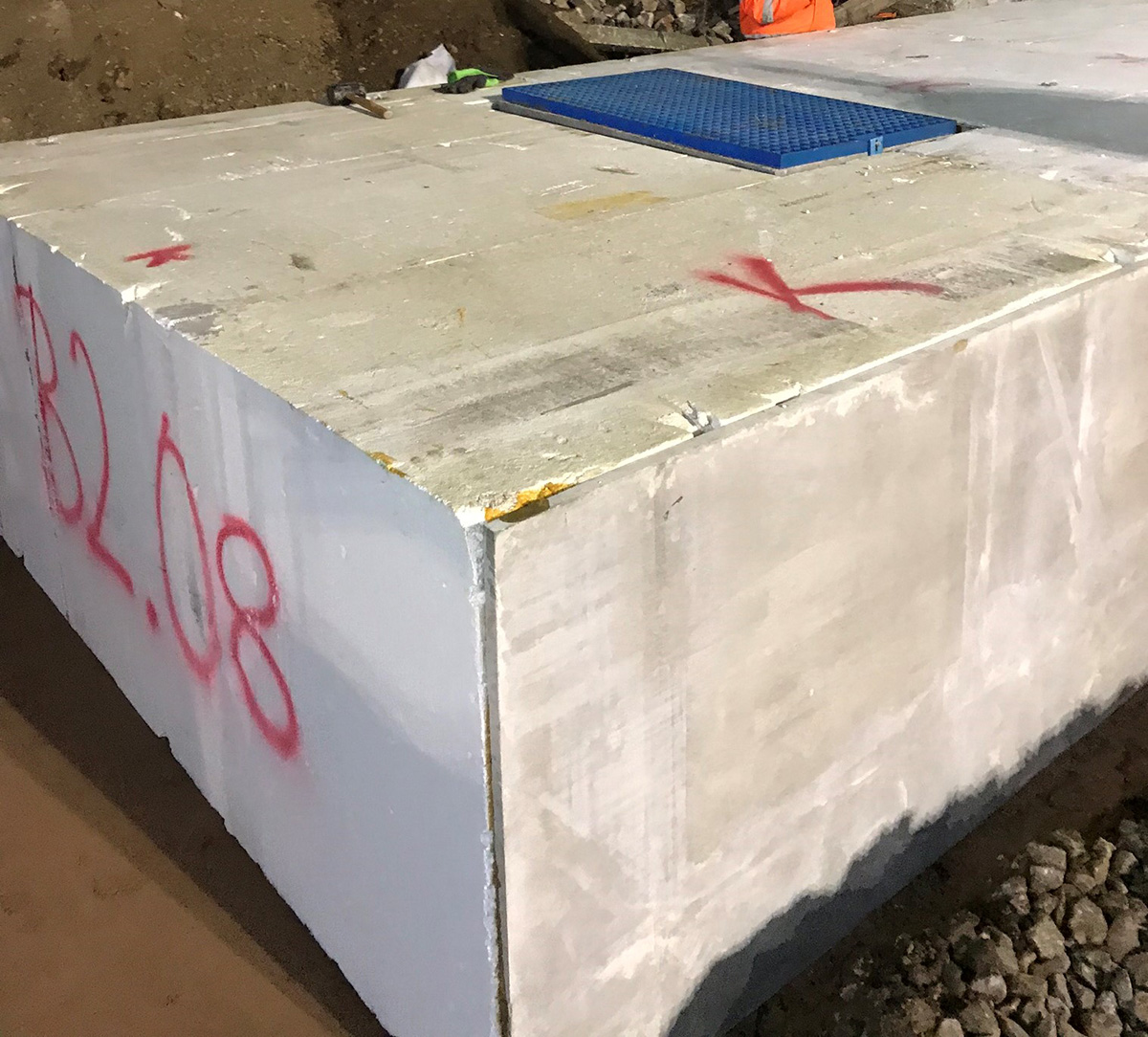