MegaTech Projects LTD (MPL) were awarded the contract to install a 40 meter Platform Extension on platform 2 at Warminster Station. Delivering for Great Western Railway (GWR) with AMCO as the main contractor Warminster was part of a wider project on the Cotswold line which included 9 platform extensions installed by MPL, all of which were designed by Adams Design Associates and installed using our Expanded Polystyrene System (EPS). Unlike other projects the challenges faced at Warminster didn’t come in design or installation they came in delivery. Restricted access due to a low bridge meant MPL could not access the compound from the road. Instead deliveries were made via the scrapyard adjacent to the compound by smaller ridged back Lorries which had the manoeuvrability to make it through to the compound. Whilst this meant more loads it allowed the deliveries to be made to the station car park, parallel to the area were the extension would be installed. Warminster was installed during ROTR possessions in April 2018 and took 11 hours working time. 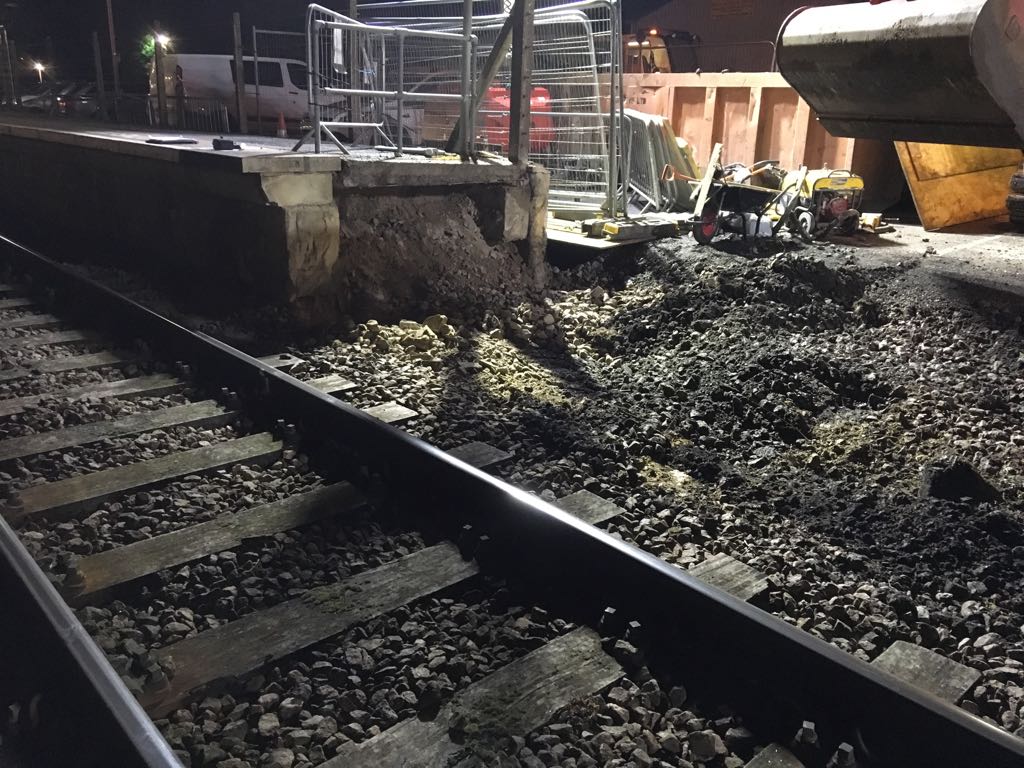