With MegaTech Projects Ltd extending their Main Sponsorship of Arbroath FC for another two Years it was fitting that their second pre-season friendly saw them overcome a strong Hibernian FC team and win 3-2.

The game also brought together Jim Rowe (The Dad and Grandad to MPL employees) and Stevie Mallan, the son of MPL Manager and Ex Arbroath Striker Stevie Mallan Snr.

We wish both teams the best of luck in this season’s campaign. 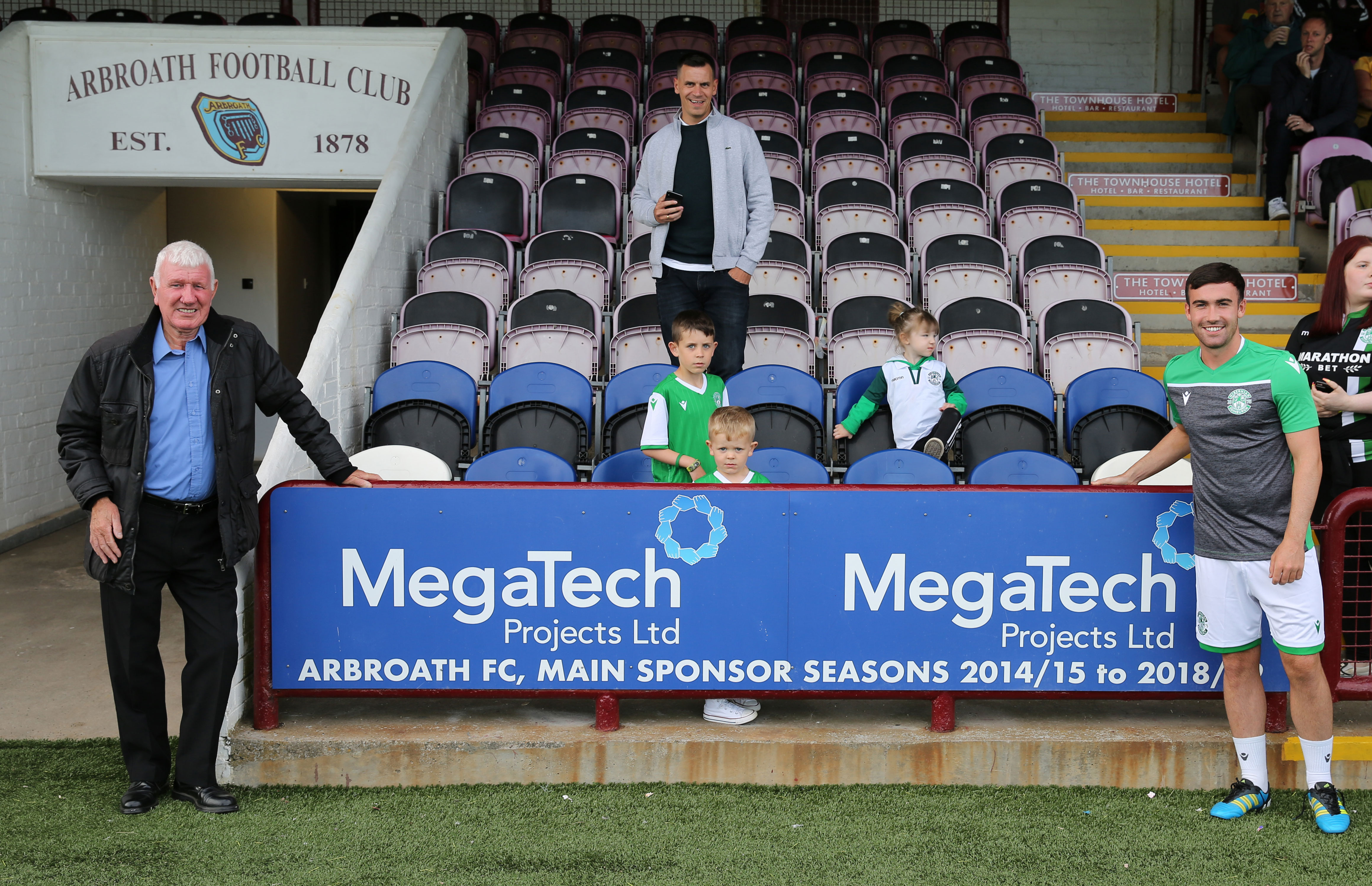