With Bath Spa Railway Station having a Grade II* listed building status this is maybe the last place you would expect to see a MegaTech Projects EPS platform.

However, as far back as Easter 2016, Hochtief UK employed the services of MPL to work alongside Tony Gee Partnership and Adams Consulting Engineers to develop a design that would not only meet the Great Western Railway’s platform widening requirements but would be sensitive to the historical nature of the station.

The TPoD (Temporary Period of Disruption) was planned for a 16 day period from 8th to 24th April 2017 and meant that HUK and MPL had less than one Year to prepare a design that would meet Network Rail / Heritage England / Bath & North East Somerset Council / Great Western’s requirements and expectations.

The design was developed and agreed which involved the widening of both platforms over lengths of 220m, realignment, resurfacing, new drainage routes and falls and most importantly the lifting, cleaning and re-laying of Victorian paving slabs to maintain the finished platform look.

Hochtief’s detailed Hour-by-Hour co-ordinated programme ensured that works ran to programme as much as possible and with the experience of previous TPoD’s 1 & 2, HUK made provision for every contingency within the ALO working which allowed one platform to remain operational throughout the works

With Babcock operating under a separate contract to lift, move and re-lay the tracks to both platforms there were the usual operational issues but to everyone’s delight the platforms were completed for the first train at 05:38 on the morning of 24th April 2017.

With 24hr working for 16 days a special mention has to go to MPL’s supply. Footage of the works can be viewed on the attached link. 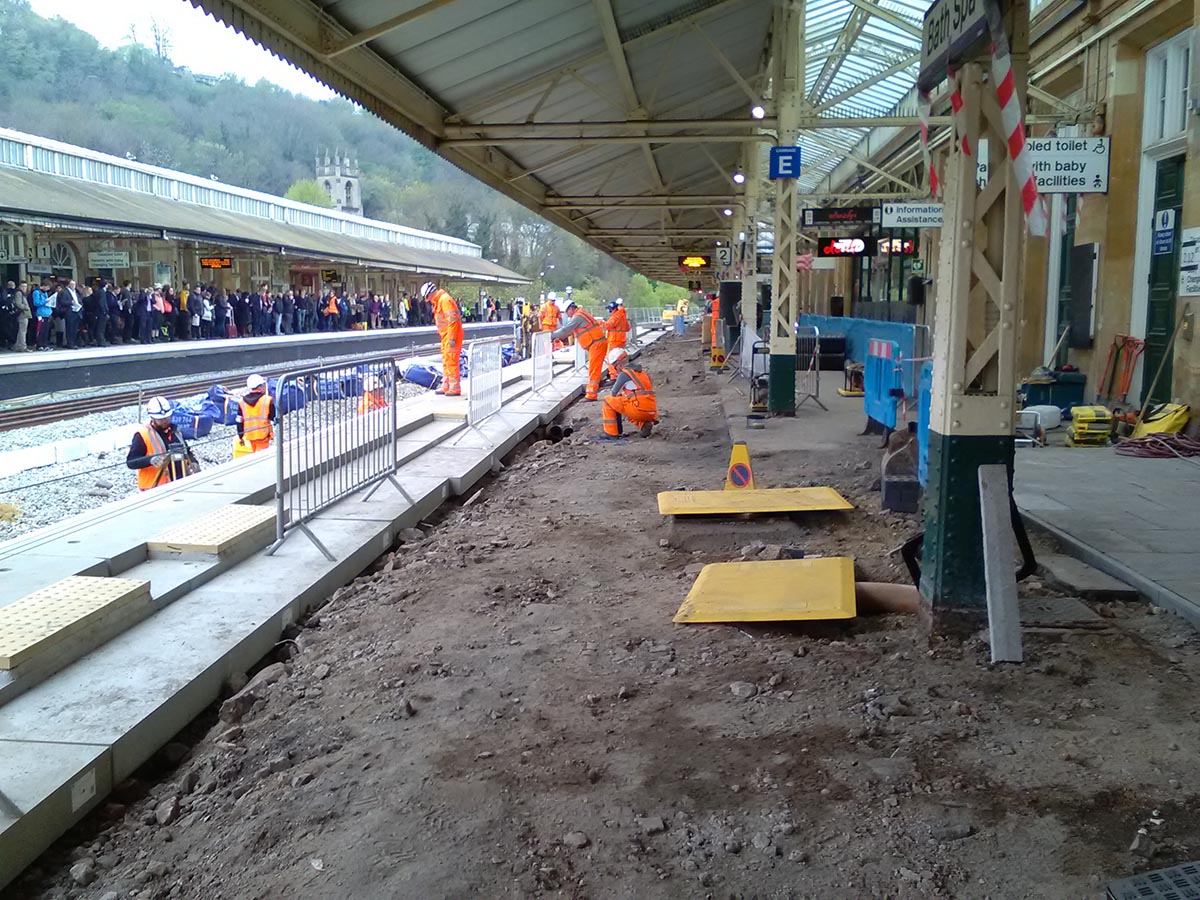