The beauty of MPL’s modular system was that the materials were simply stored on site and fenced off for the next year. When GWR managed to give us access to the station again in April 2021, the existing end of platform ramps were removed and installation was completed during an 8 day blockade.

The platform 1 walkway ramp was a unique factor of the Eggesford design, however not something MPL are new to having previously installed a ramp at Kemble Station in West of England and a another at Sandwich Station for Golf’s British Open. Despite totalling 20 metres in length the platform 1 walkway took only 6 hours to install

Looking for a good excuse to visit the 2nr modular extensions and walkway? Eggesford Station is part of the ‘Tarka Line Rail Ale Trail’. 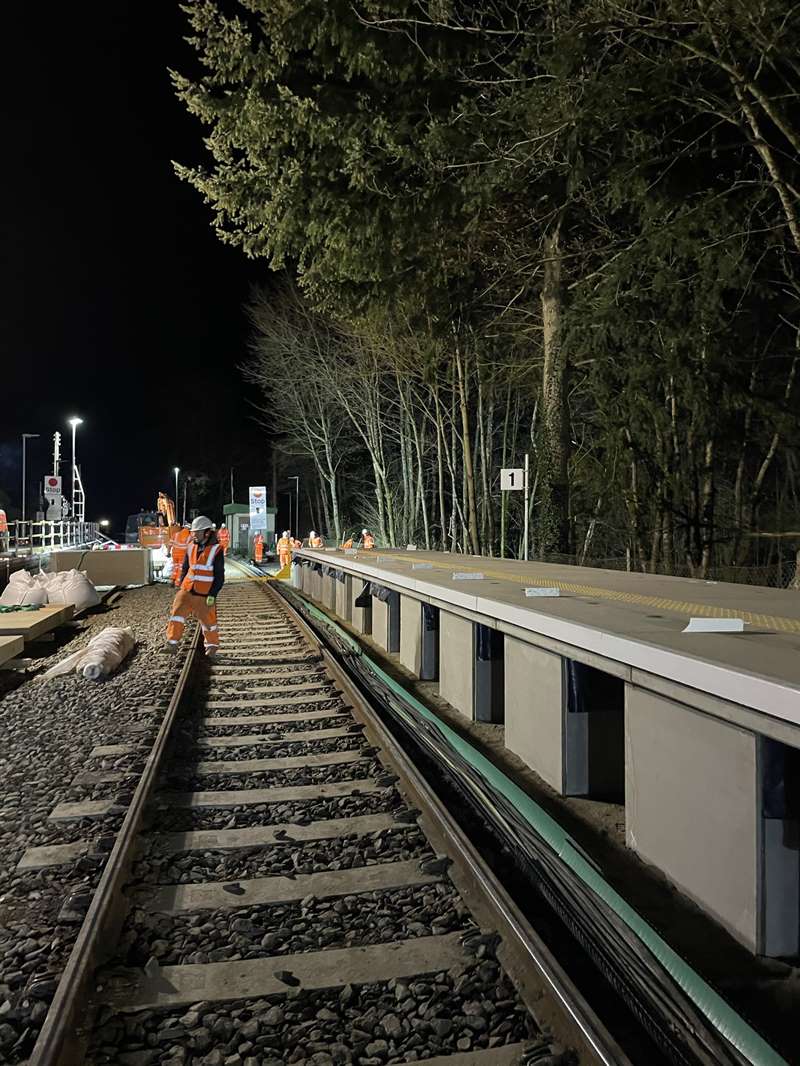