Delivering for Great Western Railway (GWR) with Dyer and Butler as the main contract this was part of a wider scheme of works on the Cotswold line which seen MPL and Dyer and Butler install 11 platform extensions. Taking approximately 30 working hours to complete this extension was installed during ROTR (Rules Of The Route) possession works in November 2018 and was designed by Network Rails Aecom design team.

With an average working time of around 3 hours per night MPL and Dyer and Butler had to work efficiently to ensure they were as productive as possible given the short working times. An interesting obstacle presented by this extension was some service cables which came from the existing platform that didn’t have the necessary slack to be buried. MPL developed some ‘special’ EPS blocks to fit around these cables meaning we could install the platform around these cables and they would not need to be disturbed.

For Hanborough and all other installations on the North Cotswolds project the precast slabs also had re-enforced sections cast in to the rear which allowed the fencing to be easily fixed on, further reducing in-situ works. 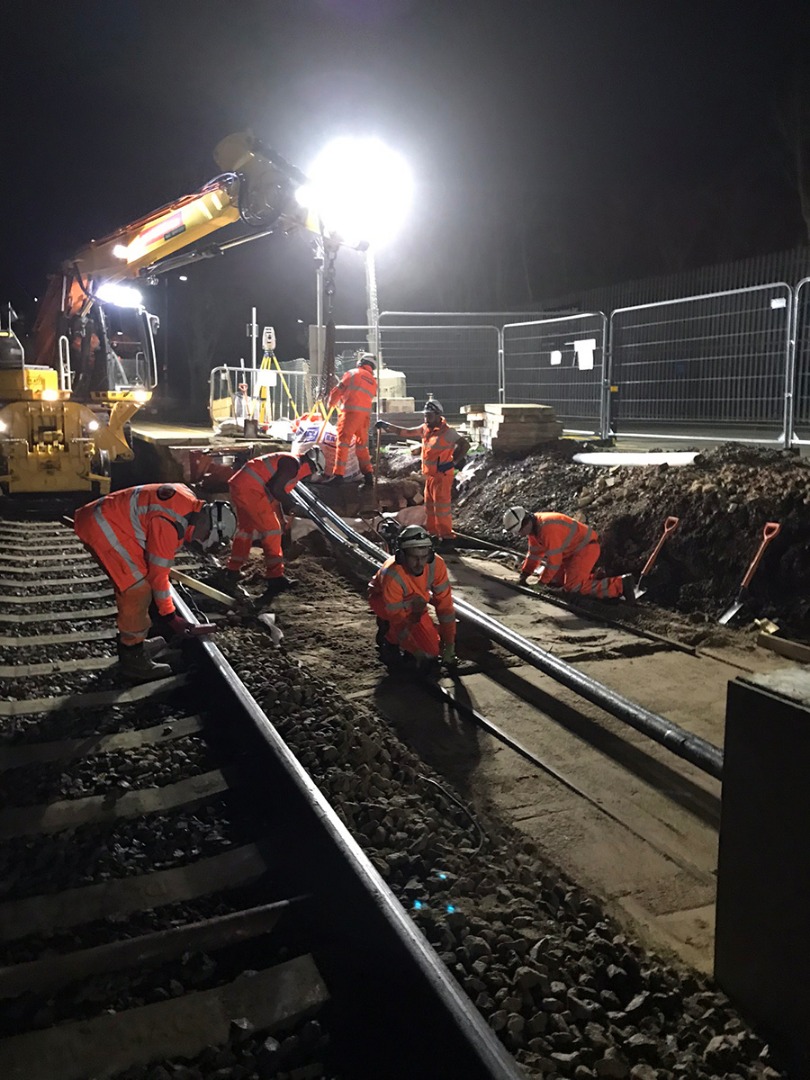