As far back as April 2015, MegaTech Projects Ltd commenced talks with BAM Nuttall and Network Rail about a proposed new platform at Redhill.

The works would involve a new Platform Zero which would be over 300m long and need to incorporate access routes for lift shafts, footbridges, stairways and Kiosks.

The works brought together the same team that had previously been involved at the Uckfield Line stations with BAM Nuttall being the Main Contractor, MPL being the specialised Subcontractor, Tony Gee Partnership preparing the bulk of the design disciplines and Adams Consulting Engineers working for MPL to complete the Civils Form 3.

As a new platform there was no existing track to set the platform out using X & Y’s so the platform was installed working to reduced tolerances with co-ordinates.

Access was severely restricted and the works had to progress with a specialised Excavator/RRV from Readypower.

The machine was brought to site as a RRV, off tracked into the reduced level dig, then operated as an excavator, installing one EPS blocks and one slab at a time, backing itself into a corner with no means of egress until a pre-planned Saturday night possession where the machine on-tracked and left via a local Road Rail Access Point.

The works took very careful planning, material co-ordination and precise setting out and was completed during the month of June 2017. 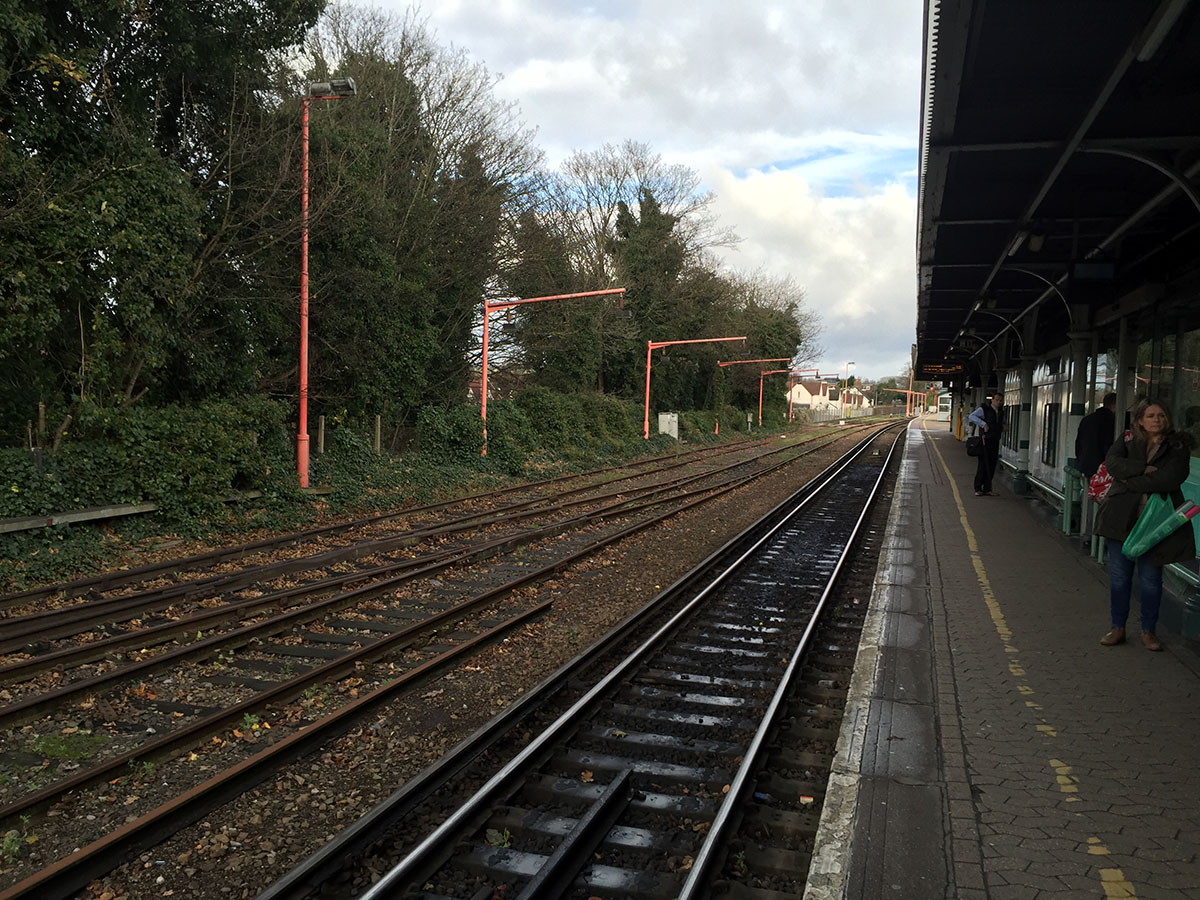